EDF and McPhy have entered into a partnership agreement

EDF and McPhy have entered into a partnership agreement 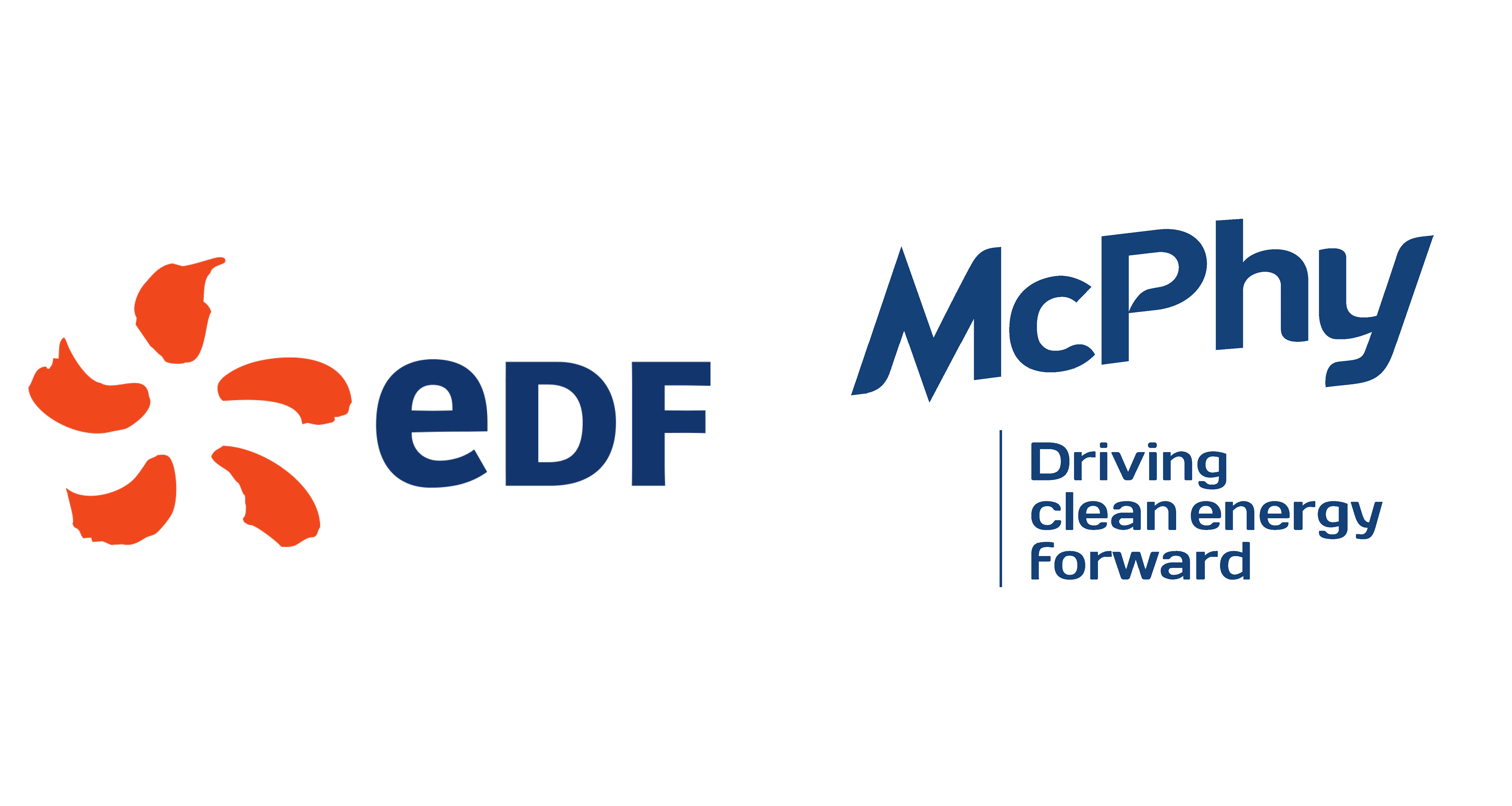 Paris, La Motte-Fanjas, June 5, 2018 – 07:45pm – McPhy (Euronext Paris Compartment C: MCPHY, FR0011742329) a specialist in hydrogen production, storage and distribution equipment, and EDF Group, have entered into a partnership agreement to develop carbon-free hydrogen in France and around the world.

This partnership represents a first step that will enable EDF to speed up its expansion into this burgeoning new market that will create new jobs in France and around the world.

Cédric Lewandowski, EDF Group’s Senior Executive Vice President in charge of Innovation, Strategy and Planning, commented: “We are delighted to announce this link-up with McPhy, a leading player in hydrogen and a group with which we have been working for several years. This partnership represents a first step that will enable EDF to speed up its expansion into this burgeoning new market that will create new jobs in France and around the world.”

With the additional financial resources EDF Group is bringing and its support, we will be able to accelerate the pace of our expansion, ramp up our business development and move into new markets.

Pascal Mauberger, Chairman and Chief Executive Officer of McPhy, added: “We are very pleased to have sealed this partnership with EDF Group, a world leader in low-carbon energy. The deal represents a key new milestone in McPhy’s development. With the additional financial resources EDF Group is bringing and its support, we will be able to accelerate the pace of our expansion, ramp up our business development and move into new markets. We wish to thank EDF Group for the trust it has shown in our technology and our production infrastructure for hydrogen-based solutions. From a personal perspective, I am very proud to be leading this new stage in McPhy’s development.”

Founded in 2008 and listed on Euronext, McPhy is a leading player in hydrogen. Its full range of solutions comprises electrolyzers, hydrogen refueling stations and storage facilities. McPhy covers the entire value chain from R&D through to engineering, manufacturing, production, operations and maintenance. McPhy possesses a highly skilled team of over 80 staff located mainly in France, Italy and Germany that meets the needs of the fast-expanding markets of carbon-free hydrogen for industry and mobility. By joining forces with EDF, which is set to become its core shareholder, McPhy is gaining additional resources that will help it finance its expansion. It will be able to leverage the benefits of EDF’s position in its strategic markets in Europe, the United States and China and count on its active support. The aim is for McPhy to ramp up its business development and win new customers in France and around the world.

EDF’s goals lie in the development of a carbon-free and competitive range of hydrogen solutions, primarily for industrial and mobility clients, by drawing on its industry partners and the momentum built up by specific regions. The Group has already been active on the R&D front for more than 15 years in hydrogen, including electrolyzers and vehicle refueling stations, at its EIFER research center in Karlsruhe. In the continuity of its involvement to reduce the economy’s carbon footprint and the Hydrogen plan announced by the French minister for the environmental transition on 1 June, EDF group’s contribution to the energy transition has now gained a whole new dimension. By joining forces with McPhy, a leading player in hydrogen production, storage and distribution equipment, it will be able to play its part in developing carbon-free hydrogen.

McPhy’s firm roots in France and beyond represent a crucial advantage. In France, McPhy is actively involved in rolling out hydrogen-based solutions. These include industrial projects, such as a 1 MW unit for GRTgaz in Fos-sur-Mer, and also mobility projects. Out of the 20 or so hydrogen stations in France, it has supplied equipment for 13. The company has also achieved commercial success on a number of fronts outside France. For example, it won a contract in China to deliver hydrogen production equipment for Jiantou Yanshan Wind Energy’s 4 MW unit.

Thanks to McPhy’s expertise, EDF will be able to offer its customers new services reducing their carbon footprint while enhancing their competitiveness. These skills in producing and marketing carbon-free hydrogen also dovetail perfectly with EDF Group’s strategy in electromobility. Through this partnership, EDF is stepping up its commitment to fight global warming (2). EDF considers electrolytic hydrogen as a crucial means of reducing the carbon footprint of economic sectors (industry, mobility) when it is manufactured using carbon-free electricity, as it is the case with EDF’s low carbon mix combining nuclear power and renewable energy (3).

EDF’s investment will take place through a reserved capital increase by McPhy totalling around €16 million at a price of €5.10 per share (representing a discount of 4.2% compared with the average closing price for the last three months, of €5,32, and of 15% compared with the current price per share of €6.00), representing 3 137 250 new McPhy shares, around 21.7% of its share capital, and 20.4% of its voting rights. The capital increase remains contingent upon satisfaction of the conditions precedent, including shareholder approval at McPhy’s general meeting on 26 June 2018, and the approval visa of the French financial market authority (AMF) upon the prospectus related to the capital increase. This should be finalized within days of this approval being obtained.

In addition, the appointments of two board members named by EDF Nouveaux Business will be proposed at McPhy’s general meeting on 26 June 2018.

(1) EDF Nouveaux Business Holding’s acquisition of a shareholding in McPhy’s capital is subject to receipt of shareholders’ approval at McPhy’s general meeting due to be held on 26 June 2018 and the approval visa of the French financial market authority (AMF) upon the prospectus related to the capital increase.
(2) According to a recent study by the Hydrogen Council with McKinsey, hydrogen could account for close to one-fifth of the total energy consumed by 2050, reducing CO2 emissions by 20%, or 55 million tons.
(3) According to IFP Energies Nouvelles, 96% of hydrogen is manufactured from fossil fuels to date.

A key player in the energy transition, the EDF Group is an integrated electricity company, active in all areas of the business: generation, transmission, distribution, energy supply and trading, and energy services. A global leader in low-carbon energies, the Group has developed a diversified generation mix based on nuclear power, hydropower, new renewable energies and thermal energy. The Group supplies energy and services to approximately 35.1 million customers, including 26.5 million in France. The Group generated consolidated sales of €70 billion in 2017. EDF is listed on the Paris Stock Exchange.

In accordance with Commission Implementing Regulation (EU) 2016/1055 of 29 June 2016 laying down implementing technical
standards with regard to the technical means for appropriate public disclosure of inside information and with Regulation (EU)
No 596/2014 of the European Parliament and of the Council, this press release may contain inside information and was
communicated to McPhy’s licensed wire service at 07:45 pm CEST on June 5, 2018.