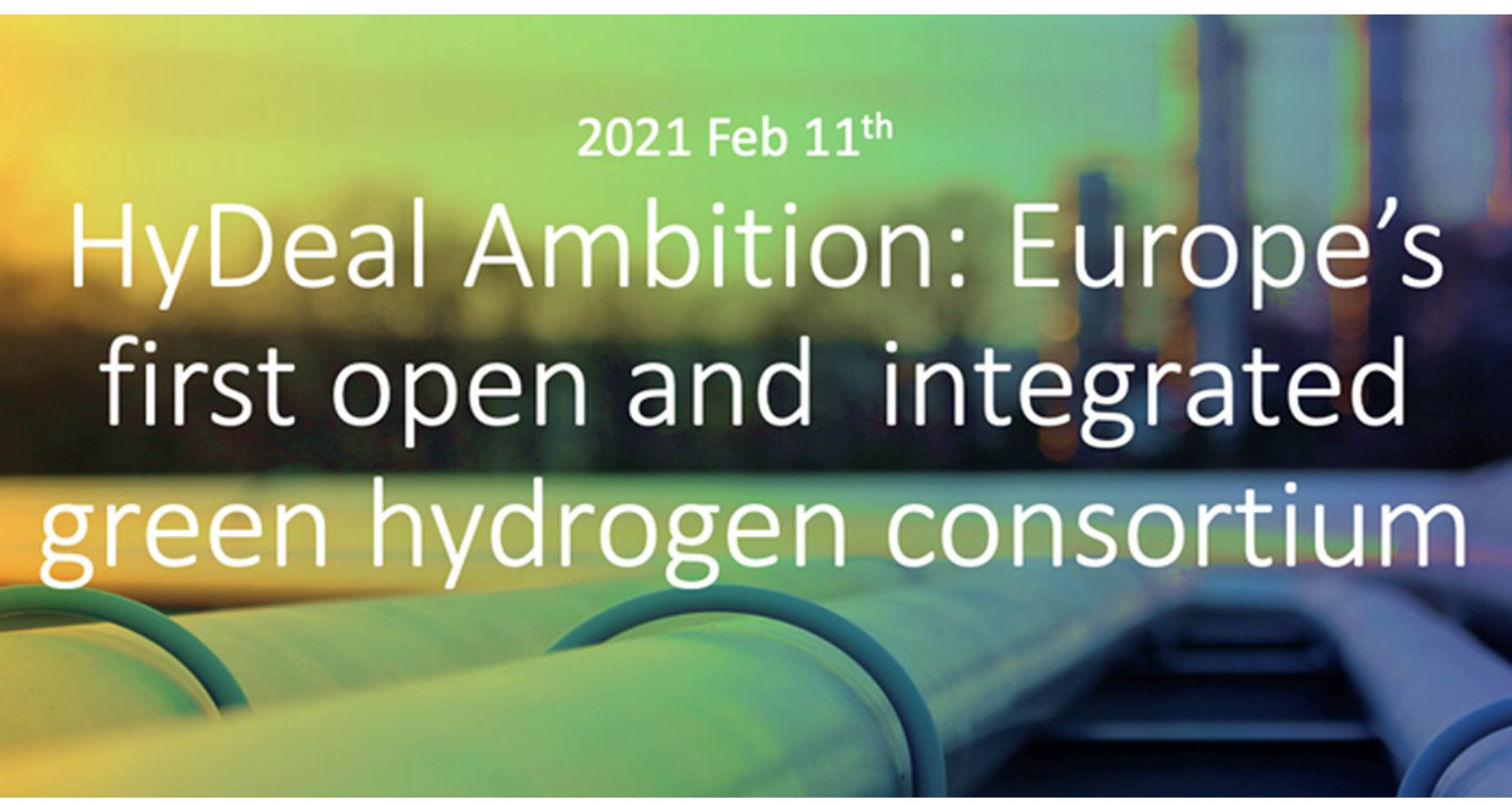 After 2 years of research and confidential preparation, a group of 30 pioneering European energy players officially launches “HyDeal Ambition” with the aim of delivering 100% green hydrogen across Europe at €1.5/kg before 2030.

The production of green hydrogen generated by solar-driven electrolysis from the Iberian Peninsula will begin in 2022. The ambition is to achieve 95 GW of solar and 67 GW of electrolysis capacity by 2030 to deliver 3.6 million tonnes of green hydrogen per year to users in the energy, industry and mobility sectors via the gas transmission and storage network, the energy equivalent of 1.5 months of oil consumption in France. A phased approach is anticipated with first deliveries in Spain and the Southwest of France followed by an extension towards the East of France and then Germany.

Industrial innovation goes beyond the simple production of truly green or climate-friendly energy. It lies in particular in the price to be delivered to customers at fossil fuel parity, making the transition to a carbon-neutral economy a self-evident perspective.

A series of projects and partnerships are currently being launched involving several of the 30 participants of HyDeal Ambition, with a first initiative expected within a year in Spain, based on a portfolio of solar sites with a capacity of close to 10 GW.

For more information on HyDeal Ambition and its ecosystem of production – supply of green hydrogen at competitive prices, please contact: