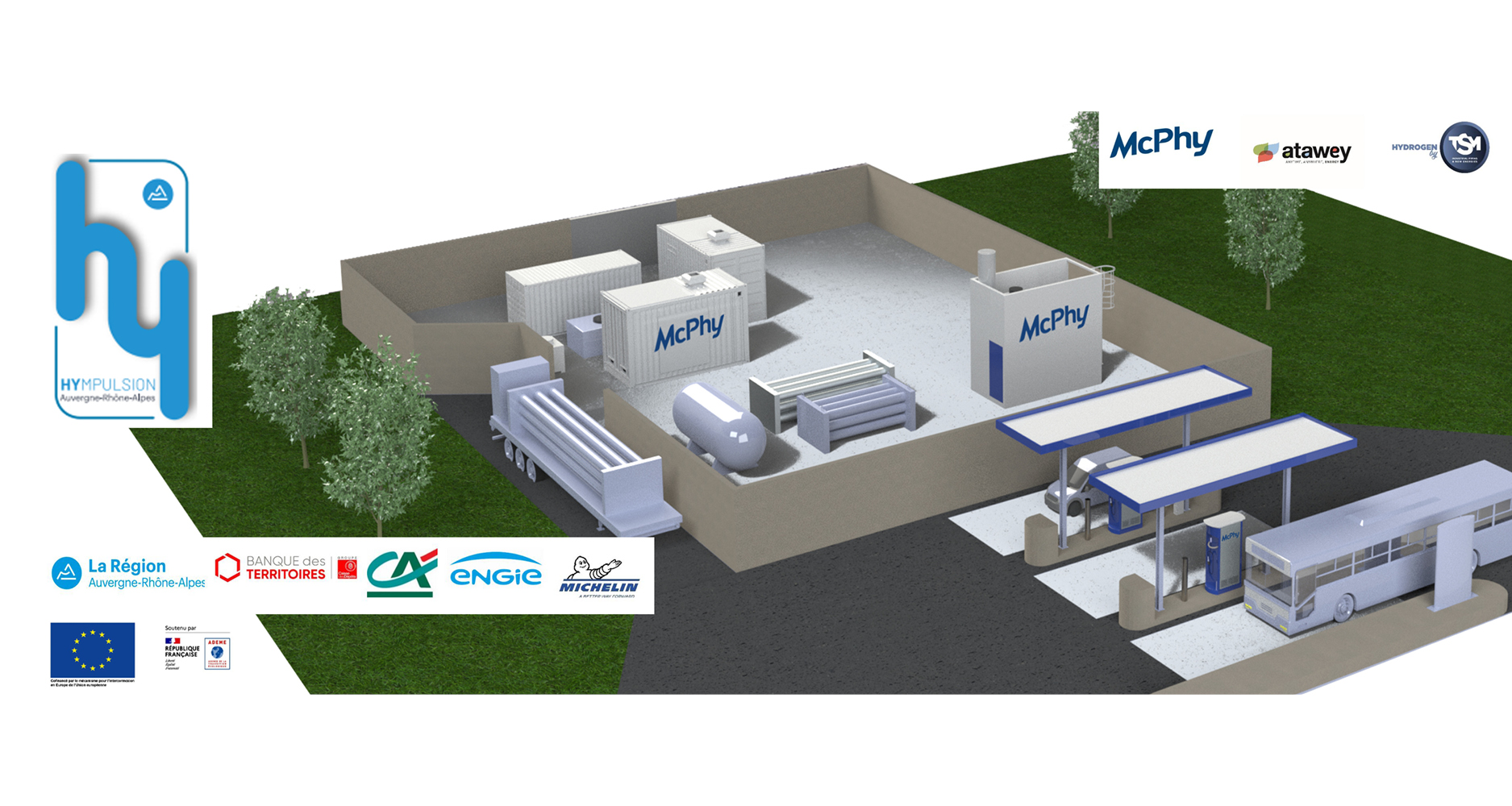 Zero Emission Valley is one of the most ambitious zero-emission mobility project in Europe
• After having equipped the 1st station of the ZEV project (Chambéry) with a 40kg/day electrolyzer
• McPhy will supply 5 hydrogen stations 400/800 kg / day + 4 MW electrolysis*
• Auvergne Rhône-Alpes Region, France | Contract : June 2020

Initiated by the Auvergne-Rhône-Alpes Regional council, deployed by Hympulsion and supported by the European Union, the Zero Emission Valley (ZEV) project stands out by its scale and its innovative nature.
The plan aims at deploying, before the end of 2023, 1,200 fuel cell vehicles, 20 hydrogen stations, including several with electrolyzers to produce hydrogen from renewable electricity without emitting CO2. This project aims to make Auvergne-Rhône-Alpes the pioneering region for hydrogen mobility in France and one of the first carbon-neutral territories at the European level, while helping to create profitable models that can be replicated on a European scale.

The MAT consortium, made up of McPhy, Atawey and TSM, is selected to supply, on the basis of a framework contract, 14 hydrogen stations, several of which equipped with electrolyzers.
Within the consortium, McPhy technologies will equip 5 high-capacity hydrogen stations (McFilling 400/800 kg / day) and several McLyzer electrolyzers*.
With more than 620,000 liters of fossil fuels replaced and more than 1,500 tons of CO2 emissions avoided each year, this project will make it possible to respond to climate challenges, such as those set by the Green Pact for Europe, which aims to make Europe climate neutral by 2050, while demonstrating that economic development, wealth creation and preservation of the environment can be compatible.

Supported by the European Union & ADEME

This project is financed by the Auvergne-Rhône-Alpes Region of council, ADEME and the European program CEF Transport.

Learn more about the H2 applications in the section: “Markets”.

Learn more about the solutions in the section: “Equipment & Services”. 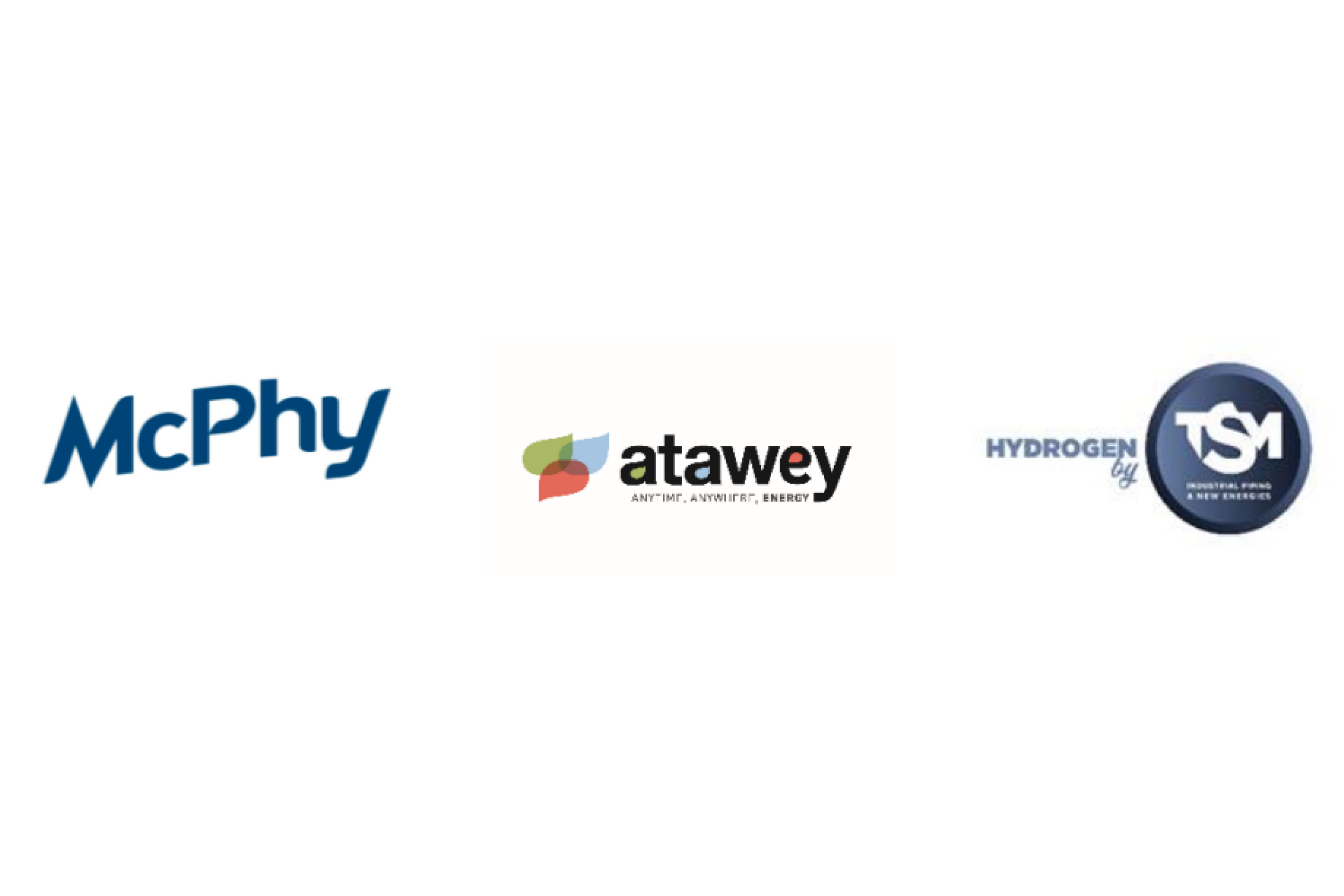 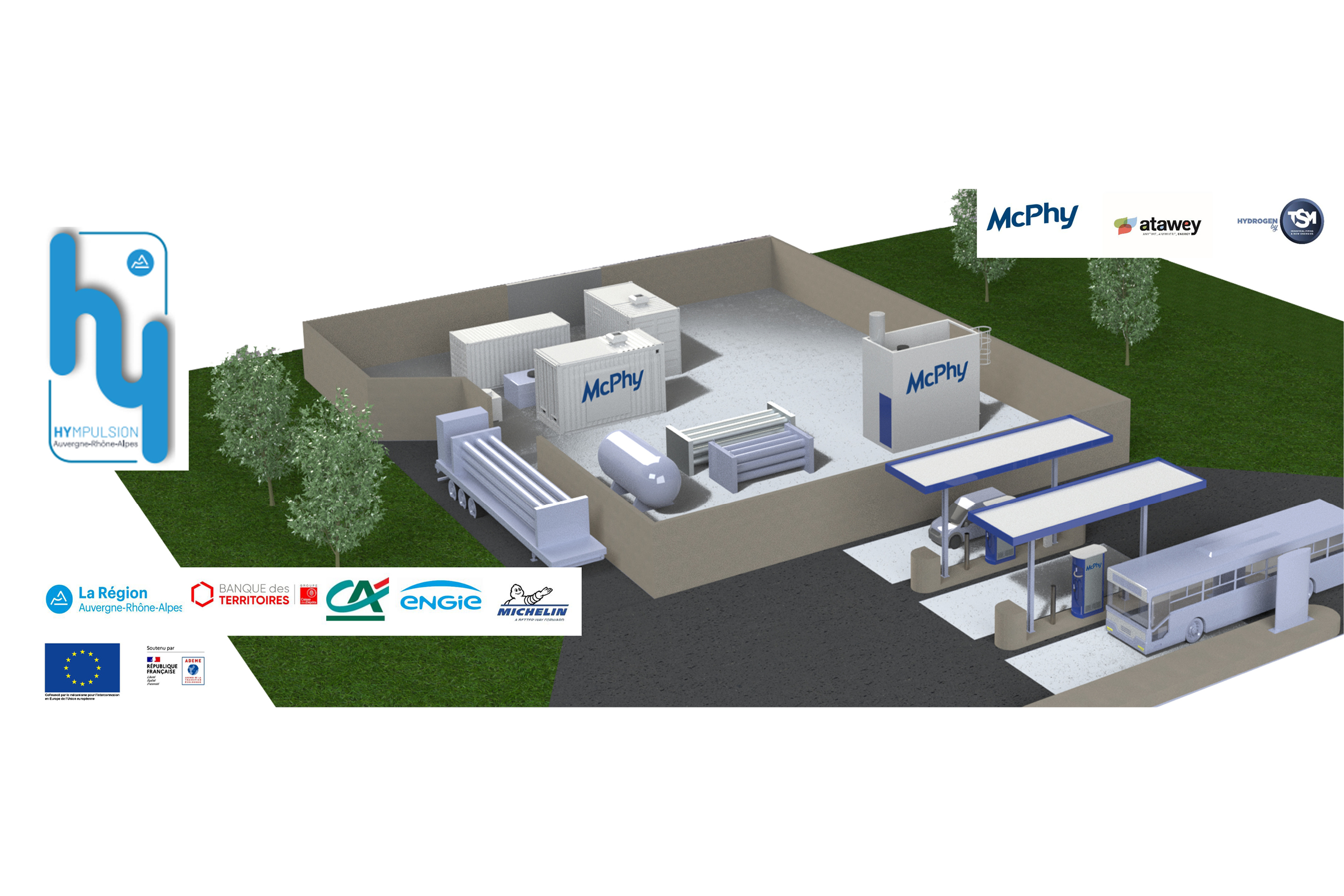 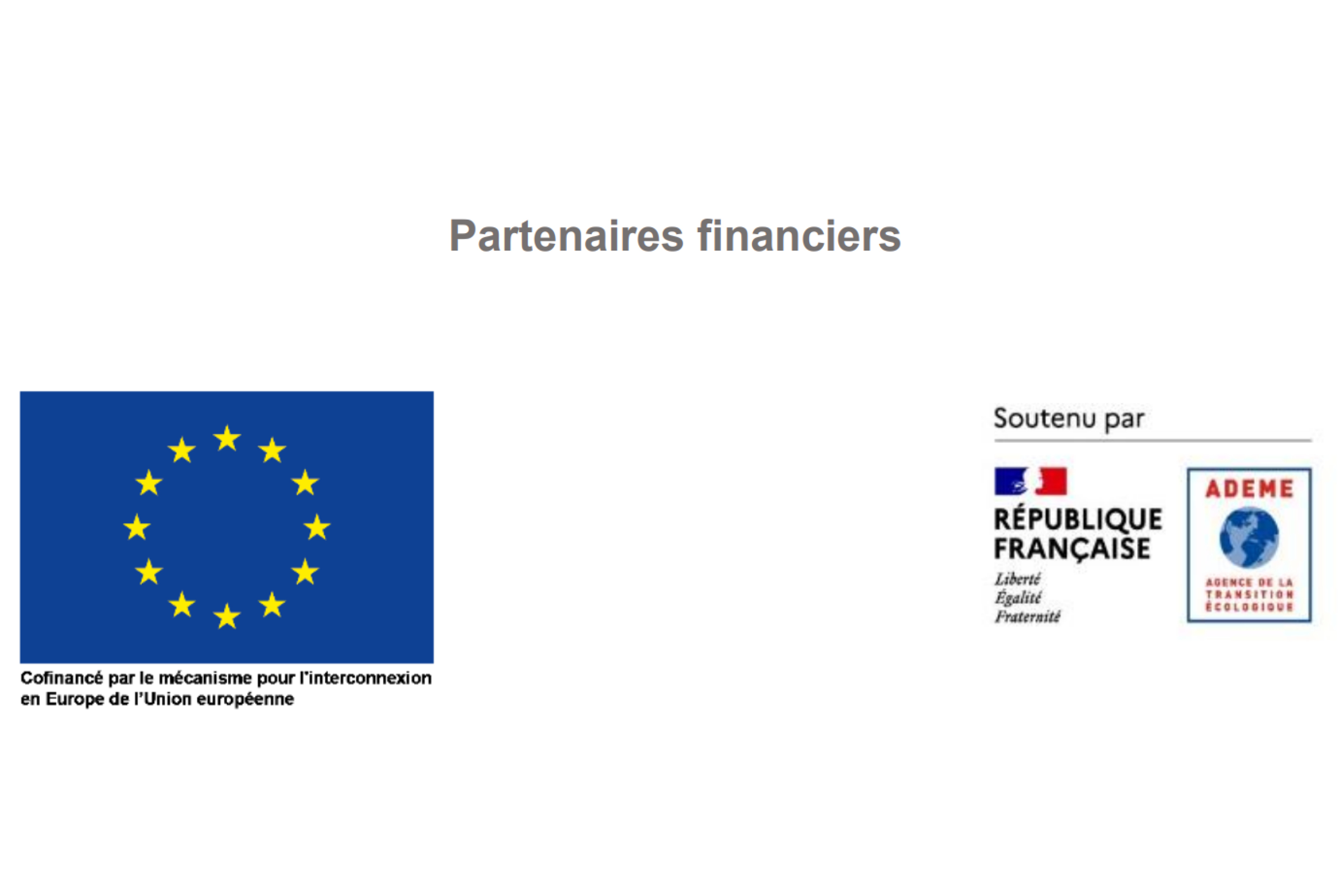