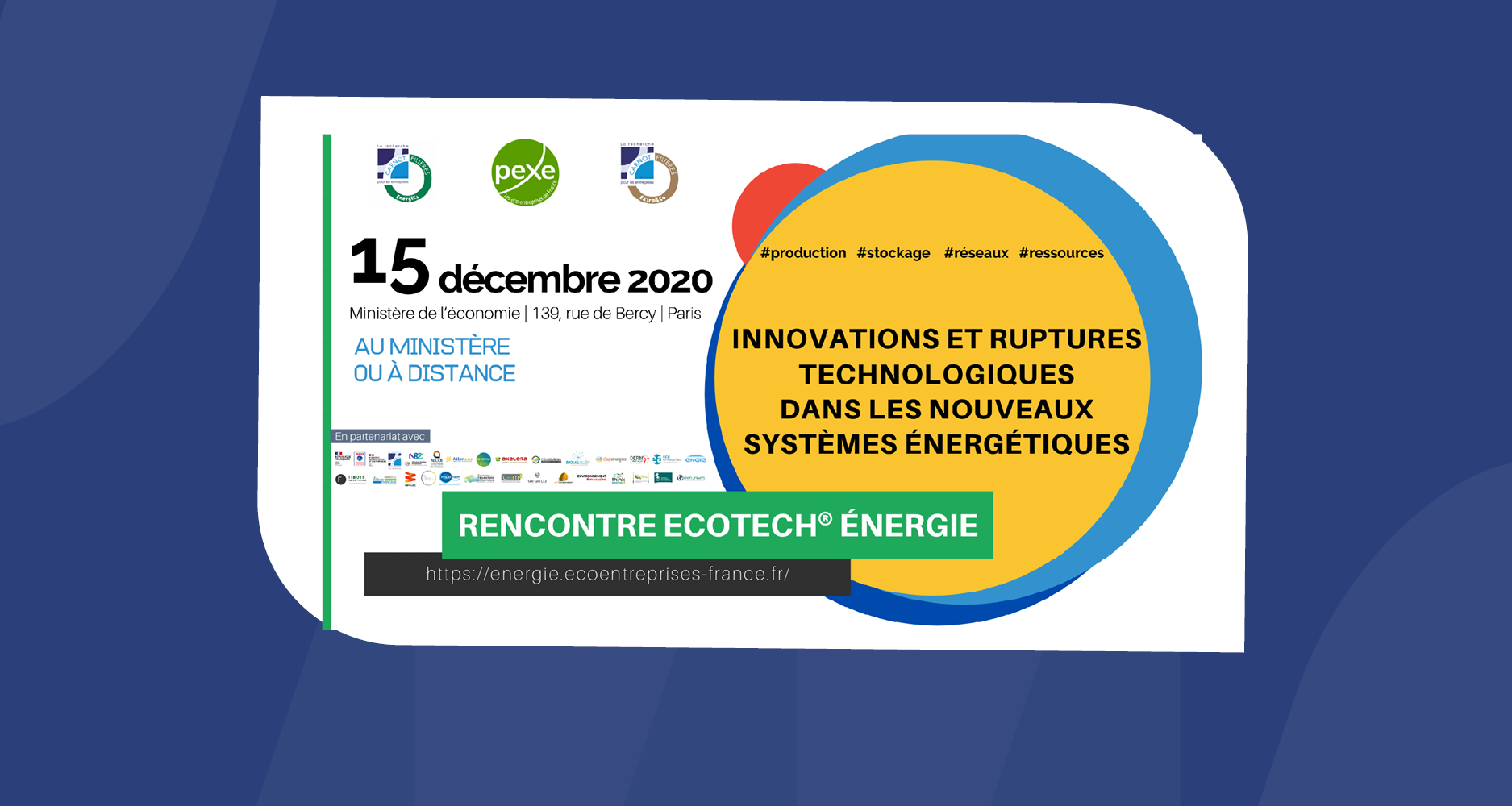 The national meeting for stakeholders in energy research and innovation

[09 December 2020] This 3rd edition of the Ecotech Energy Meetings organized by Pexe France* (association for eco-businesses carrying out concrete actions to structure the environment sector) and the EnergICs and Extra&co institutes of the Carnot institutes (public research structures in the innovation, labeled by the French Ministry of Research), with the support of the Strategic Sector Committee (forum for exchanges between State-companies for French industry), contributes to the development of the French energy sector, while responding the technological, economic and societal challenges related to the knowledge of new energy systems. Under the leadership of citizens and consumers, in a desire to implement a carbon-free energy mix, the energy sector is changing. The Ecotech Energy Meetings supports this transition, which has already started.

The actors of innovation and those involved in these challenges will be present at this day, which will focus on the sharing of experiences. Among the many topics covered: energy efficiency and decarbonation, production and storage, the recovery plan and the financing of innovation for hydrogen, networks and self-consumption, and finally, resources and recycling new energy systems.

The hydrogen theme at the heart of the France recovery plan…

Let us recall that last September, the French government put in place a stimulus plan allowing France to position itself in sectors of the future. With € 7.2 billion out of the € 100 billion stimulus plan devoted to the H2 sector, the executive gives the H2 sector a central place so that France becomes the first major carbon-free economy in Europe.

Hydrogen, produced from zero-or low-carbon energy, helps fight against global warming and reduce greenhouse gas emissions, in the sectors of industry, mobility and energy. One of the objectives of the recovery plan is to achieve, by 2030, 5 GW of zero-carbon hydrogen production capacity by electrolysis. This source of energy is clearly part of the future French energy mix.

… And the Ecotech Energie meeting!

Pierre Lombard, McPhy Sales Director will speak during the session on “Storage and hydrogen recovery in electricity of renewable origin”.

Pierre Lombard, McPhy Sales Director will speak during the session on “Storage and hydrogen recovery of surplus electricity of renewable origin”.

A leading industrial group in the field of hydrogen production and distribution equipment, McPhy is participating in the deployment of zero-carbon hydrogen at the heart of new energy models.

*Pexe France: The mission of PEXE association is to deploy concrete actions for companys in the ecological transition. The association steps in all institutional and professional structures concerning the field in order to promote the excellence of the sector in France and abroad.