1 MW electrolysis solution for a Power to Gas application

1 MW electrolysis solution for a Power to Gas application 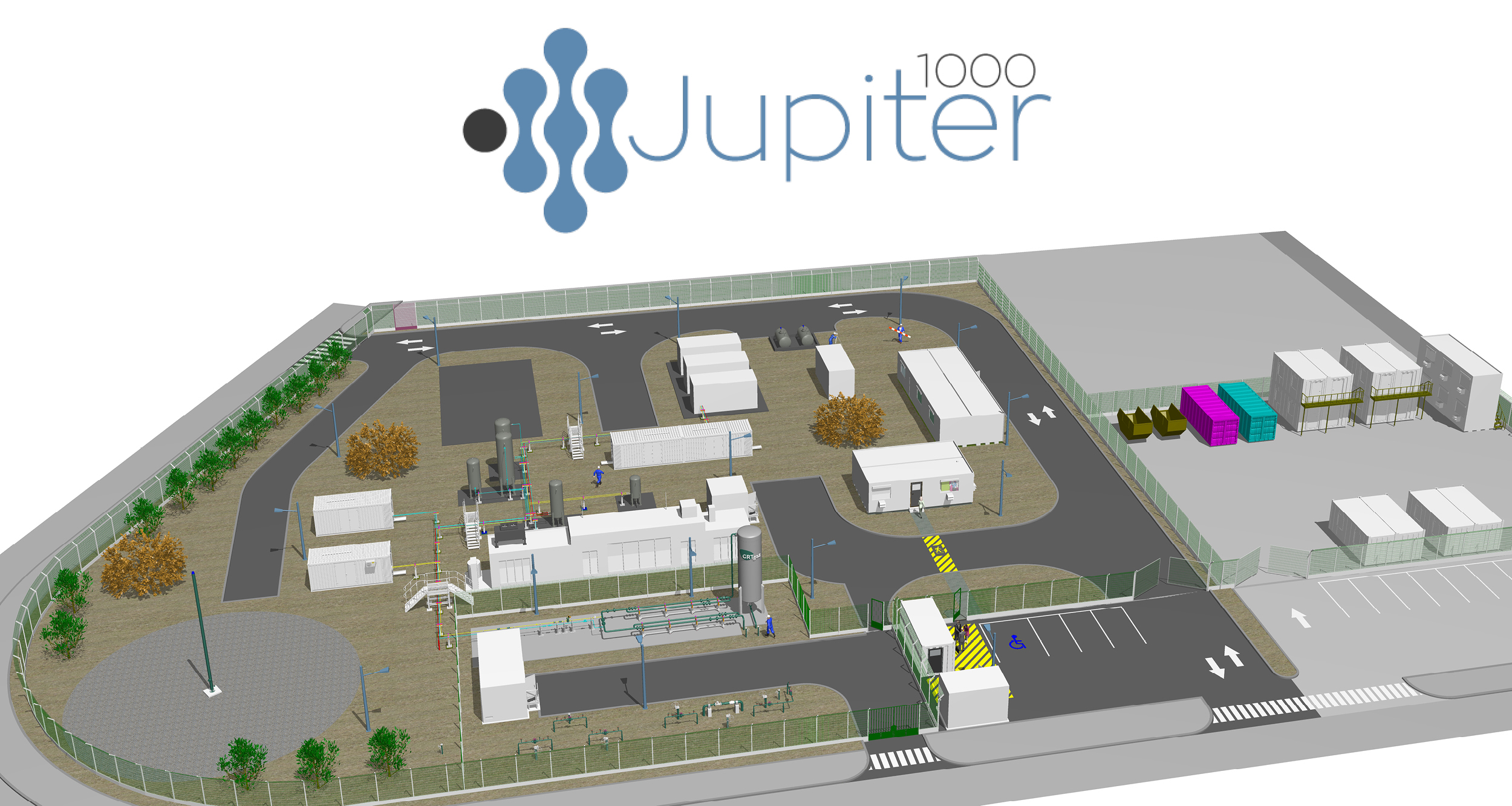 Power-to-Gas: GRTgaz selects McPhy Energy for the Jupiter 1000 project of Fos-sur-Mer in France

McPhy Energy, specialised in hydrogen production and storage equipment for industry and energy markets, has been selected as supplier and partner for the Power-to-Gas “Jupiter 1000” project that has just been officially launched in conjunction with the organization of COP21.

As part of the Jupiter 1000 project, McPhy Energy will supply GRTgaz with hydrogen production equipment with a total power of 1 MW. As key components of this project, McPhy Energy electrolysers transform surplus energy originating from renewable sources into hydrogen. This green hydrogen will be injected into the natural gas network either directly or after transformation into methane, the principal constituent of natural gas.

Jupiter 1000 is the first French Power-to-Gas project seeking to store renewable electricity by injecting hydrogen and methane synthesis into the gas supply network. This project to be commissioned in 2018 in Fos-sur-Mer (Bouches-du-Rhône) sets the stage for the deployment of the French Power-to-Gas sector.

By transforming surplus electricity originating from wind and solar energy into hydrogen, Power-to-Gas offers a solution to the problem caused by surplus production that will become more challenging with the inevitable acceleration in the development of intermittent renewables.

“After the hybrid Prenzlau power plant in Germany commissioned in November 2014, we are particularly pleased in having been selected to provide the electrolysis technology to produce hydrogen derived from renewable electricity at Fos-sur-Mer. We wish to thank GRTgaz and the partners of the Jupiter 1000 project for this show of confidence This project marks the first step in launching Power-to-Gas in France. This sector has already demonstrated its efficacy in other countries in contributing to building essential new models for energy transition”, concluded McPhy Energy’s Chairman and CEO, Pascal Mauberger.