The Board of Directors of the McPhy Group sets the main orientations of the Company’s business activities, monitors their implementation, and verifies the general operation of the Company. With the exception of powers expressly assigned to General Meetings of shareholders and within the limits of the company’s purpose, it handles all matters involving the proper functioning of the Company and settles matters through its deliberations.

The McPhy Board of Directors comprises ten directors with complementary skills and experience in energy and finance. Four are independent directors.

Chairman of the Board of Directors 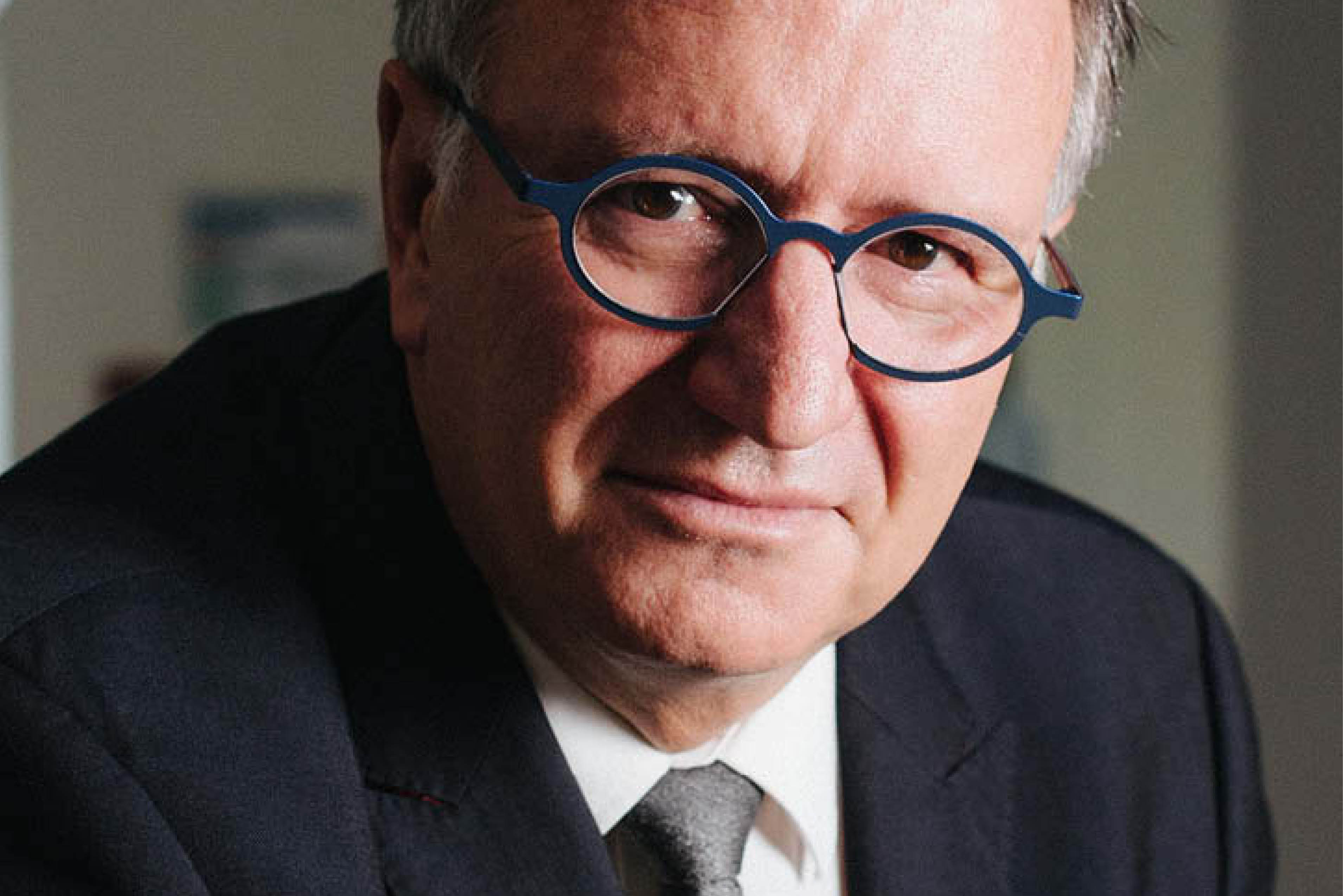 Pascal MAUBERGER was appointed as Chairman of the Board of Directors at the Supervisory board meeting of 30 June 2009, then as Chief Executive Officer at the Board of Directors meeting of 21 May 2015. Subsequent to Laurent CARME assuming the duties of Chief Executive Officer (4 November 2019), Pascal MAUBERGER retains his role as Chairman of the Board of Directors. His appointment will expire at the annual general meeting held to approve the financial statements for the year ending 31 December 2020.
Mr. Mauberger brings with him over 25 years of experience in high-tech industries. From 1993 to 2001, he headed the reorganization of Air Liquide’s engineering division as its Operational Director. He then became Vice President of Vivendi Water Systems, a position he held between 2001 and 2003. Before joining McPhy, he was COO of Soitec, a leading Silicon-On-Insulator manufacturer from 2003 until 2008.
Pascal is a graduate from top-tier engineering schools Ecole Polytechnique and ENSPM and holds a Young Manager Program degree from INSEAD business school. He was the President of France Hydrogène, formerly AFHYPAC, the French Association for Hydrogen and Fuel Cells, from December 2013 to December 2017. 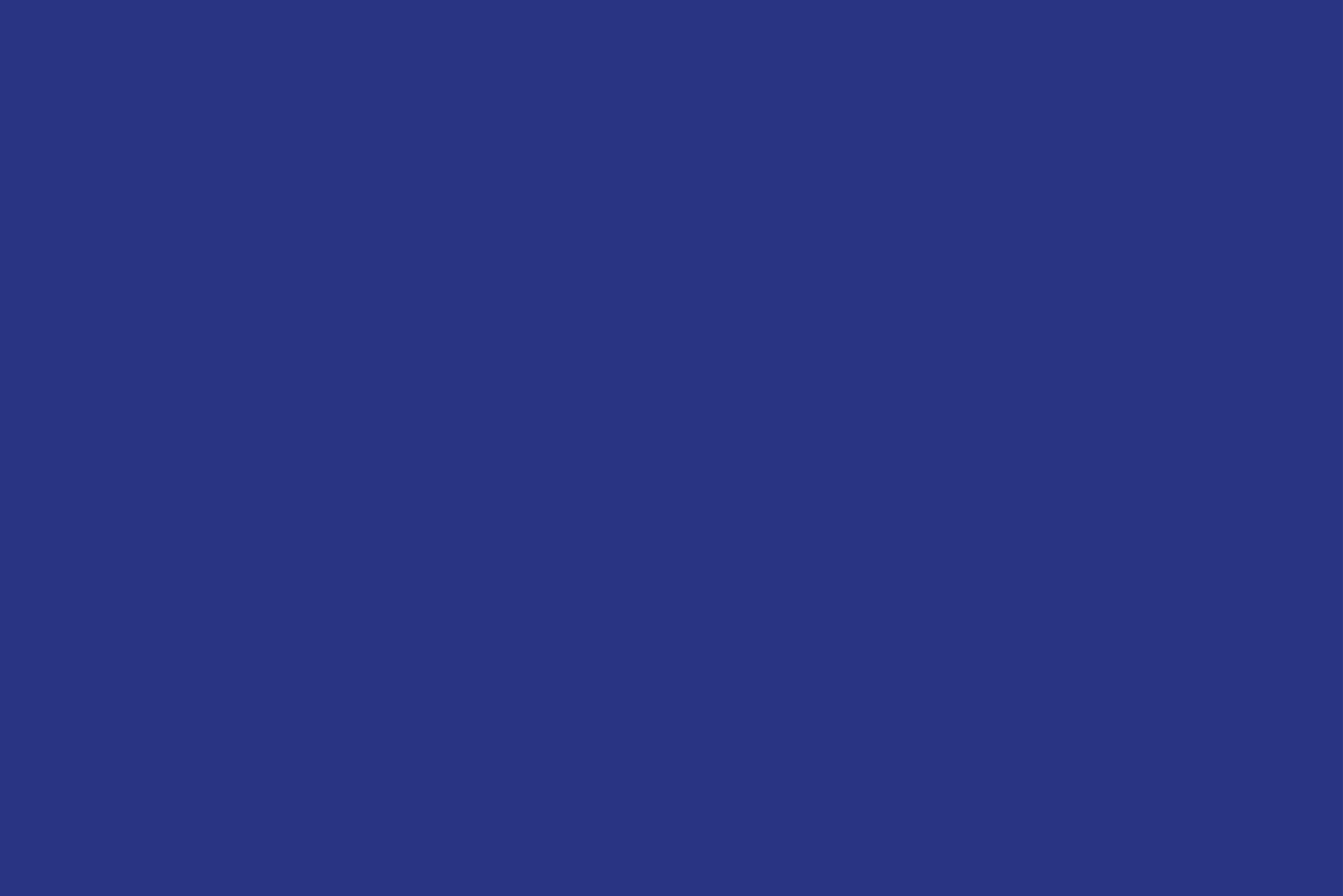 General Assembly ruling on the accounts for the year ended December 31, 2023

Mr Jean-Marc Aubry was appointed as a director at the General Meeting of Shareholders of 07 January, 2021. His appointment will expire at the General Assembly ruling on the accounts for the year ended December 31, 2023.

Jean-Marc Aubry graduated from the Université de Technologie de Compiègne (Chemical Engineering) and began his career at Technip as a Methods and Process Engineer, before working from 1989 to 1995 at The Dow Chemical Company in the Netherlands as a Project and Development Engineer.
He then joined Technip and evolved within the Group as Project Director, Head of the Middle East Business Unit, then Chief Operating Officer of Technip France until 2011, and Chairman of Technip France from 2011 to 2014. He currently holds the position of Executive Project Director of Technip Energies B.V.
During his career, Jean-Marc has actively participated in the implementation of pioneering projects, including the emergence of the first floating liquefied natural gas plants in the Far East (Technip – Qatar). He then took over the management of the YAMAL Arctic Project in Russia from 2014 to 2019, followed by the ARCTIC LNG2 Project in the Russian Arctic. These projects represent unique references in the Arctic zone developing innovative technologies in the field of Liquefied Natural Gas. 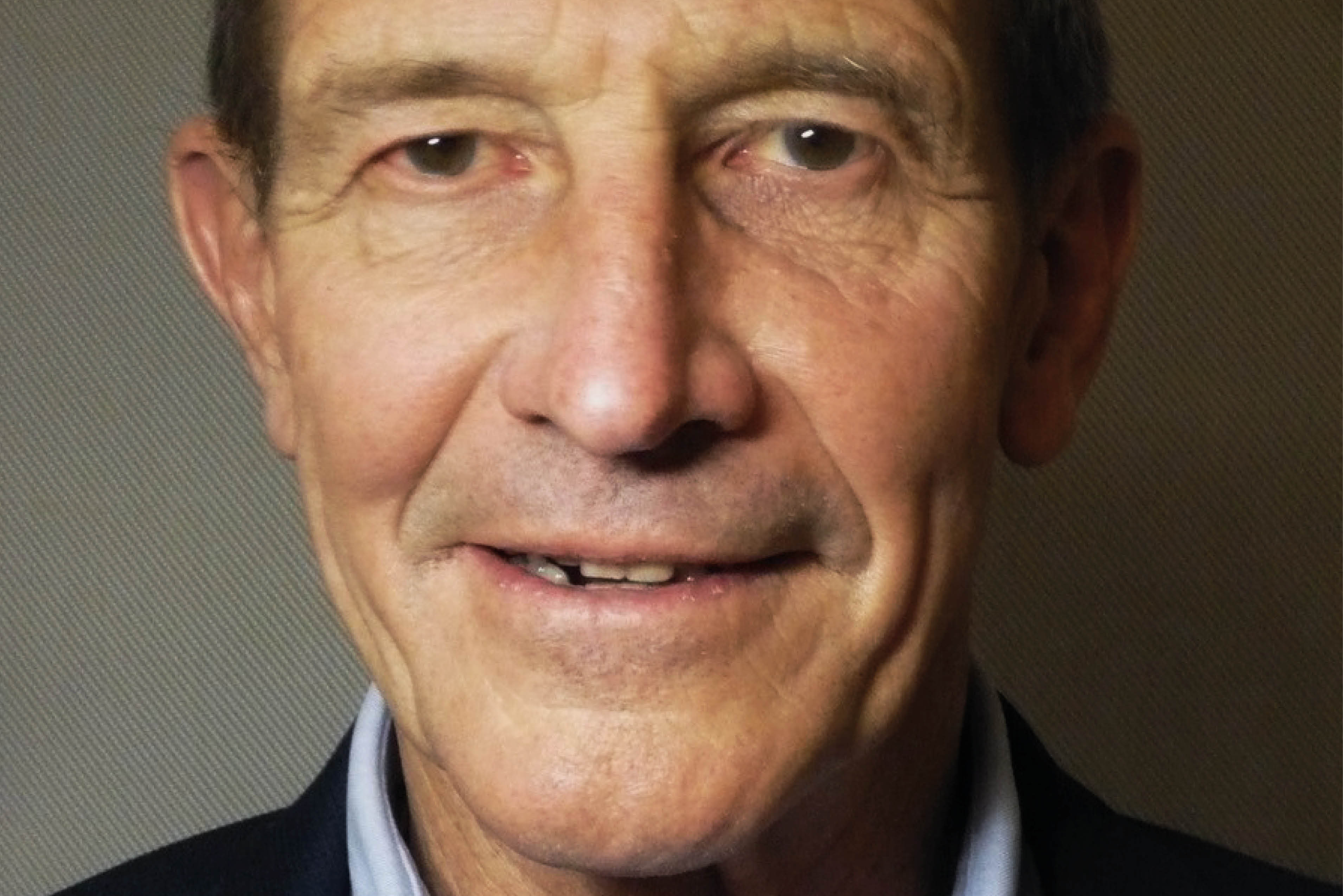 Independent director
Chair of the Strategy and Development committee

26 September 2013 (as Chairman of the Supervisory Board)

Mr DEMIDDELEER holds a PhD in Chemical Sciences from the Université Libre de Bruxelles (ULB), Belgium, Executive Director ” New Business Development ” of SOLVAY S.A. from 2001 to 2013 and founder of ” Corporate Venturing “.
In 2013, he founded the consulting firm TechBridgeOne S.R.L., and is an expert in strategic and scientific consulting for listed companies, venture capital funds, start-ups, and is a member of the strategic boards of research institutes including the Georgia Institute of Technology (“Georgia Tech” – USA) and the Manchester Business School (MIOIR-UK).
He is a member of the Royal Academy of Belgium, “Technology and Society” class and Honorary President of EIRMA (European Industrial Research Management Association). 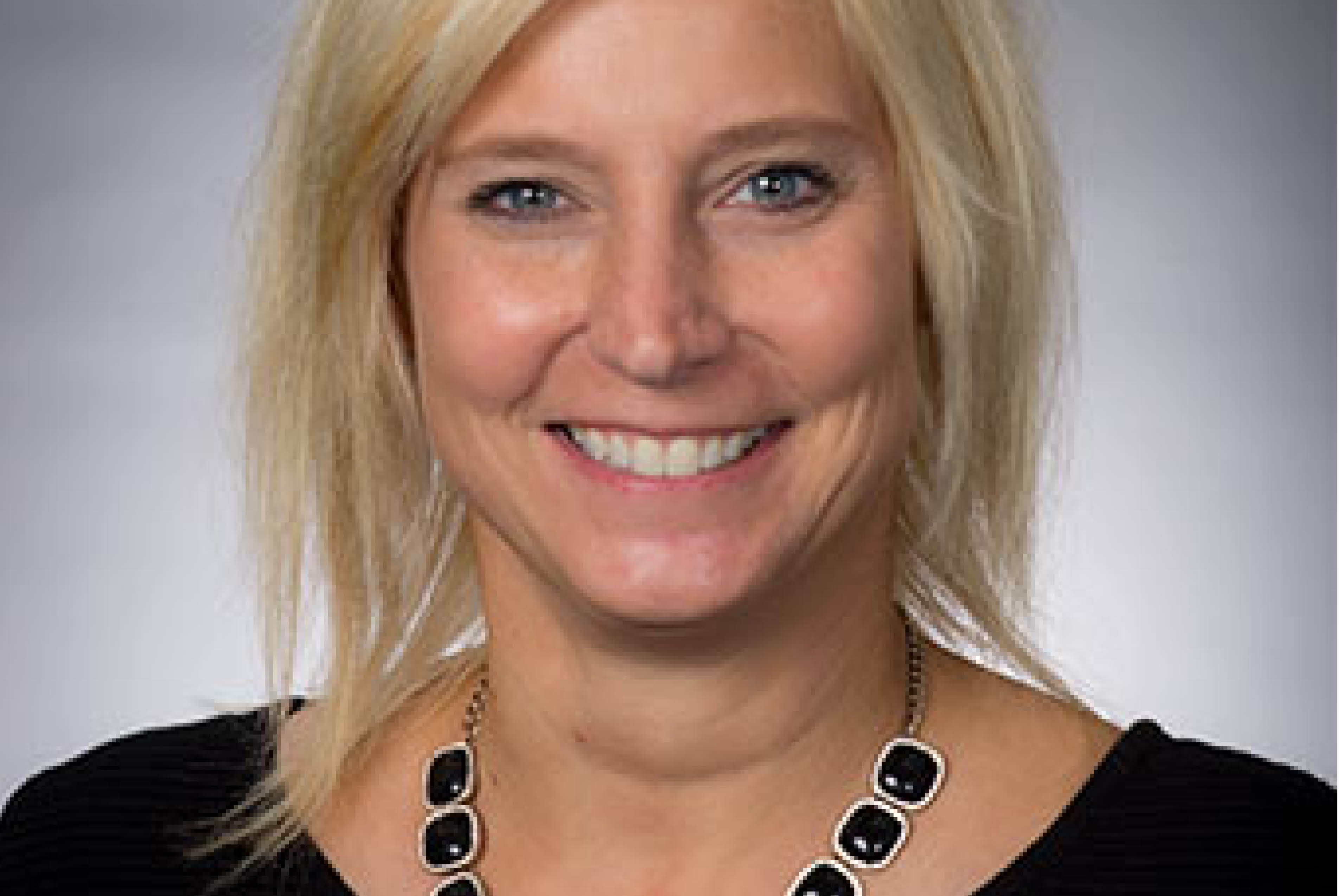 General Assembly ruling on the accounts for the year ended December 31, 2023

Mrs Jillian EVANKO was appointed as a director at the General Meeting of Shareholders of 07 January, 2021. Her appointment will expire at the General Assembly ruling on the accounts for the year ended December 31, 2023.

Jillian is a graduate in Finance and MBA from the Notre Dame La Salle University. 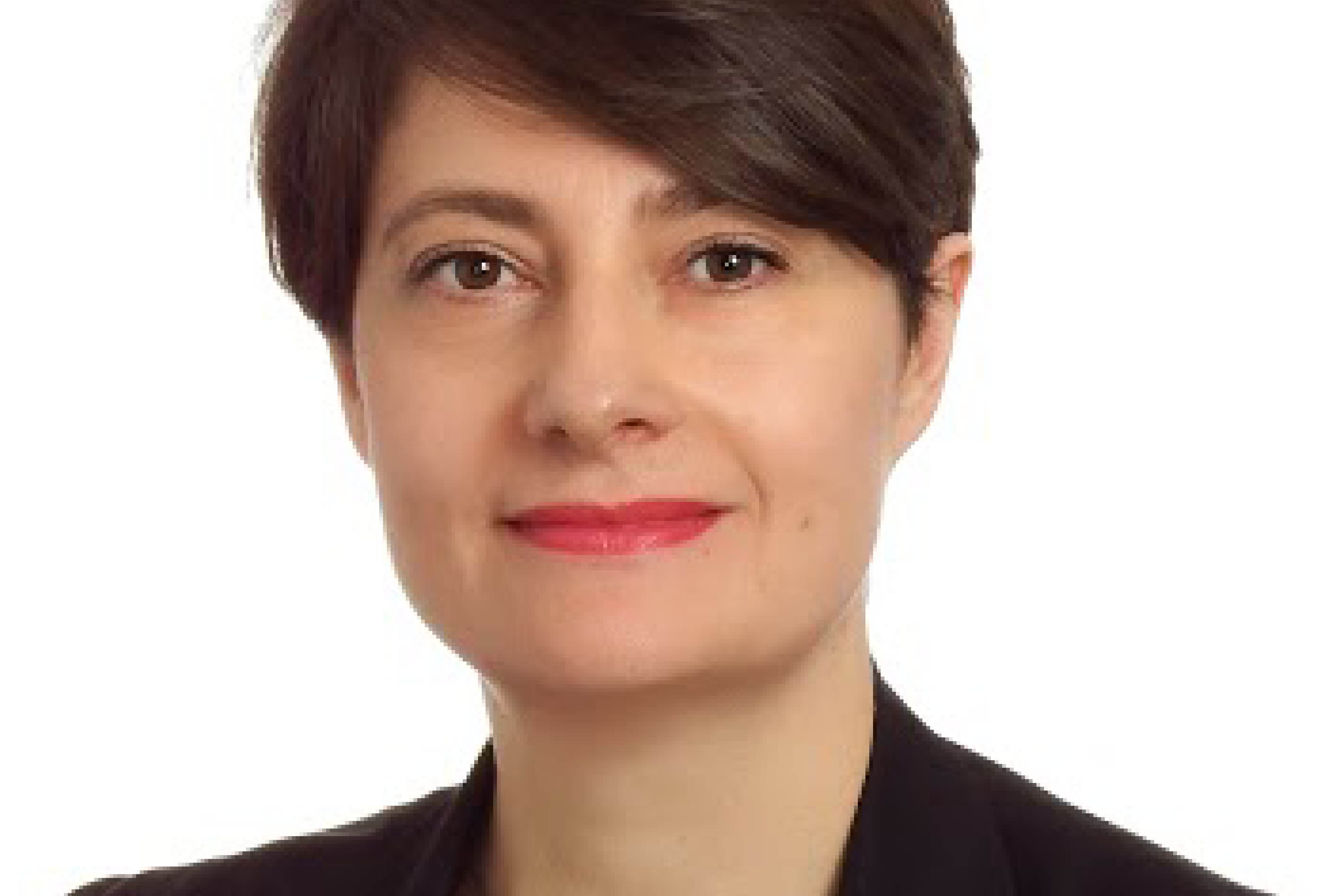 Eléonore JODER was appointed as a member of the Board on 6 December 2018. Her appointment will expire at the annual general meeting held to approve the financial statements for the year ending 31 December 2020.
As a graduate of ESCP, INSEAD and IHEDN Business Schools, Eléonore Joder has worked in the energy sector for over 15 years. She is the Chief Financial & Administrative Officer for the Pisto group which she joined in 2012. Previously she was the CFO for listed groups Séchilienne-Sidec (Albioma) from 2009 to 2012 and Poweo from 2006 to 2009.
Previously she was Director of finance at Artémis and occupied several positions in the Rhône-Poulenc and Rhodia groups, particularly in Internal audit, Market room, Finance and Mergers & Acquisitions, which provided valuable and varied experience in finance occupations. 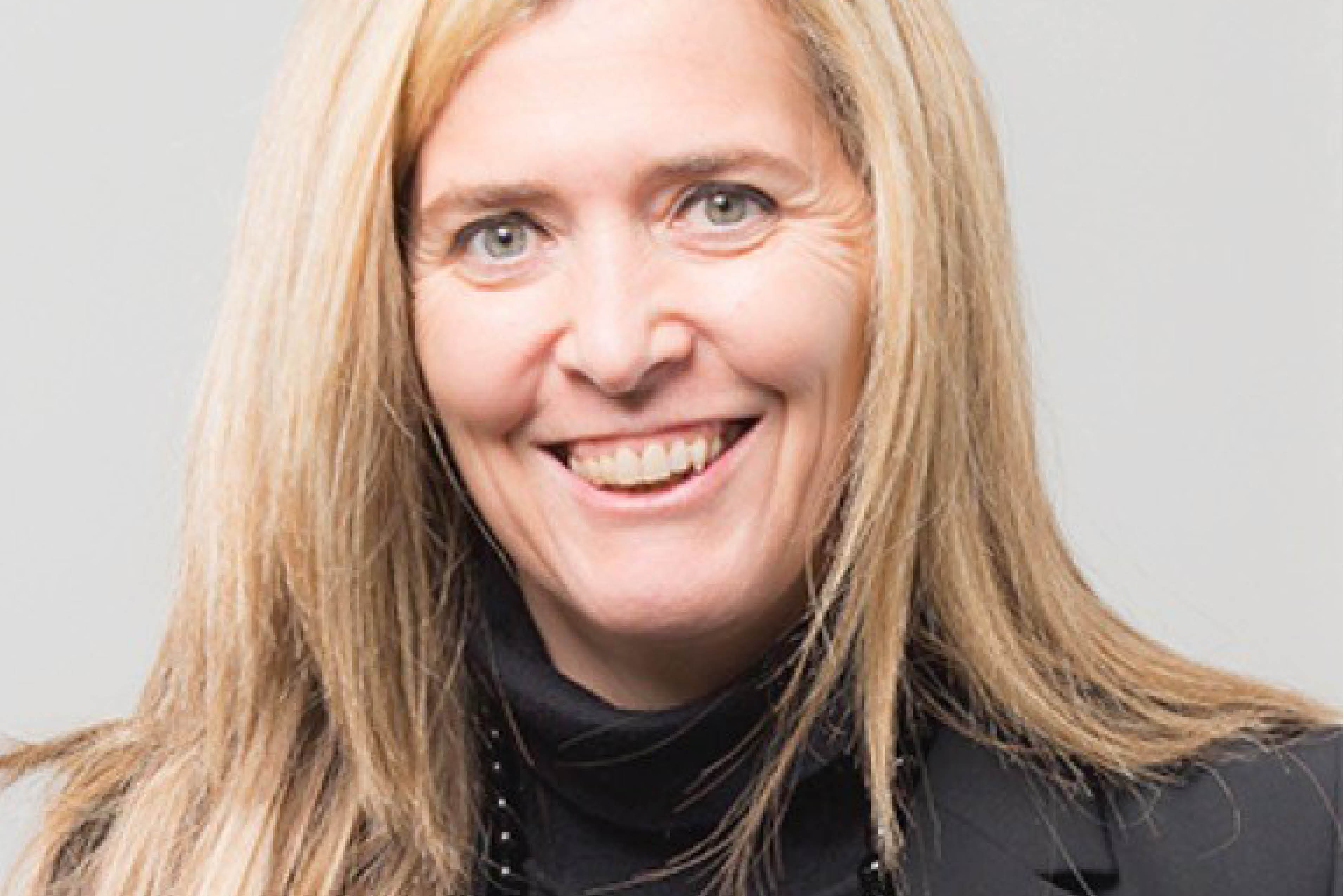 Mrs. Myriam MAESTRONI was appointed as a director at the OGM of 21 May 2015. Her appointment will expire at the annual general meeting held to approve the financial statements for the year ending 31 December 2020.
The energy sector has provided a passion and a varied career. When appointed as Managing Director of Dyneff/Agip specializing in downstream and distribution of petroleum products in Spain, she participated in the deregulation of the national market. In 1996, she joined the Primagaz group to open its Iberian subsidiary. She was also Managing Director of Primagaz Spain until 2002, before pursuing her international career with SHV Holdings in the Netherlands. In 2003, she was appointed Director of Sales and Marketing at Primagaz France, where she became the Chief Executive in 2005. She initiated the energy advisory approach, aiming to transform the company into a “Designer and supplier of sustainable energy solutions”.
Since 2011, she has been Chairperson-funder-shareholder of the firm Economie d’Energie. This company focuses on the new energy paradigm, developing innovative programs to promote energy efficiency in all sectors it covers.
In 2012, Myriam collected the Tribune Award in the Green Business category and was nominated as “Femme d’Or de l’Environnement” in December 2014. Mrs. MAESTRONI also won the VoxFemina award for Energy, Energy Efficiency and Climate Change in February 2015. She has received an Order of Merit and Legion of Honor in respect of her professional career.
She has authored three works: “Emotional Intelligence, Services and Growth”, “Energy Mutations” and “Learning to understand the world of energy 2.0”. 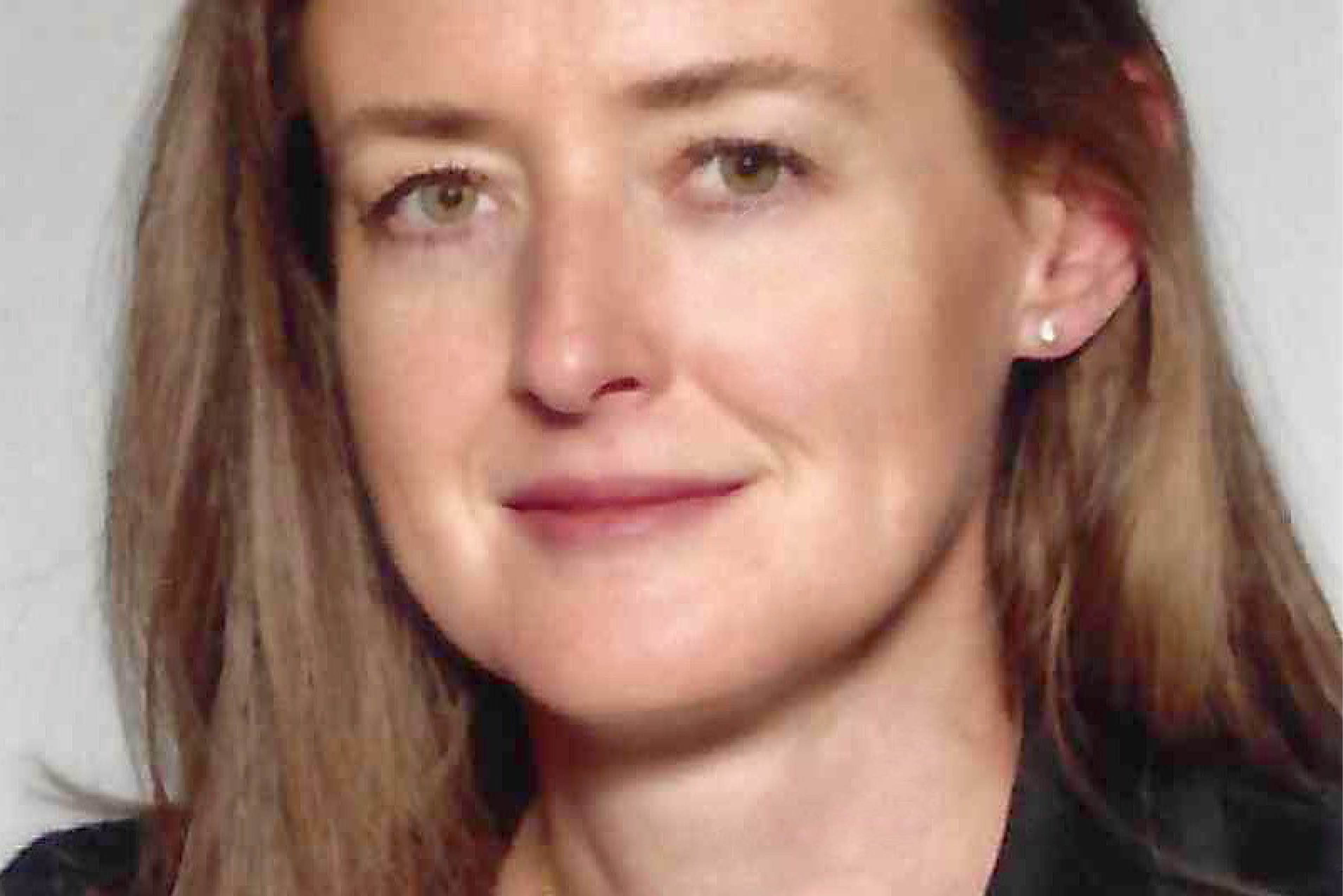 Bpifrance Investissement was appointed as a member of the Supervisory Board at the OGM of 20 December 2010, then as a member of the Board of Directors at the Board of Directors meeting of 21 May 2015. Her appointment will expire at the annual general meeting held to approve the financial statements for the year ending 31 December 2020.
With degrees from the Pierre and Marie Curie university and Aix-Marseille graduate school of management, Laure MICHEL has gained 21 years of experience in private equity. Mrs. MICHEL started as a specialized Analyst in biotech start-ups. In 2000, she joined CDC Entreprises, where for 12 years she fulfilled several investor positions aiming to structure and bolster the French capital investment market. In 2004, Mrs. MICHEL was appointed as the CEO of the Sécant start-up investment fund, which she succeeded in restructuring and selling on the following year. In 2012, Laure MICHEL joined the innovation team of Bpifrance Investissement specializing in eco-technologies, as the Director of Investment. 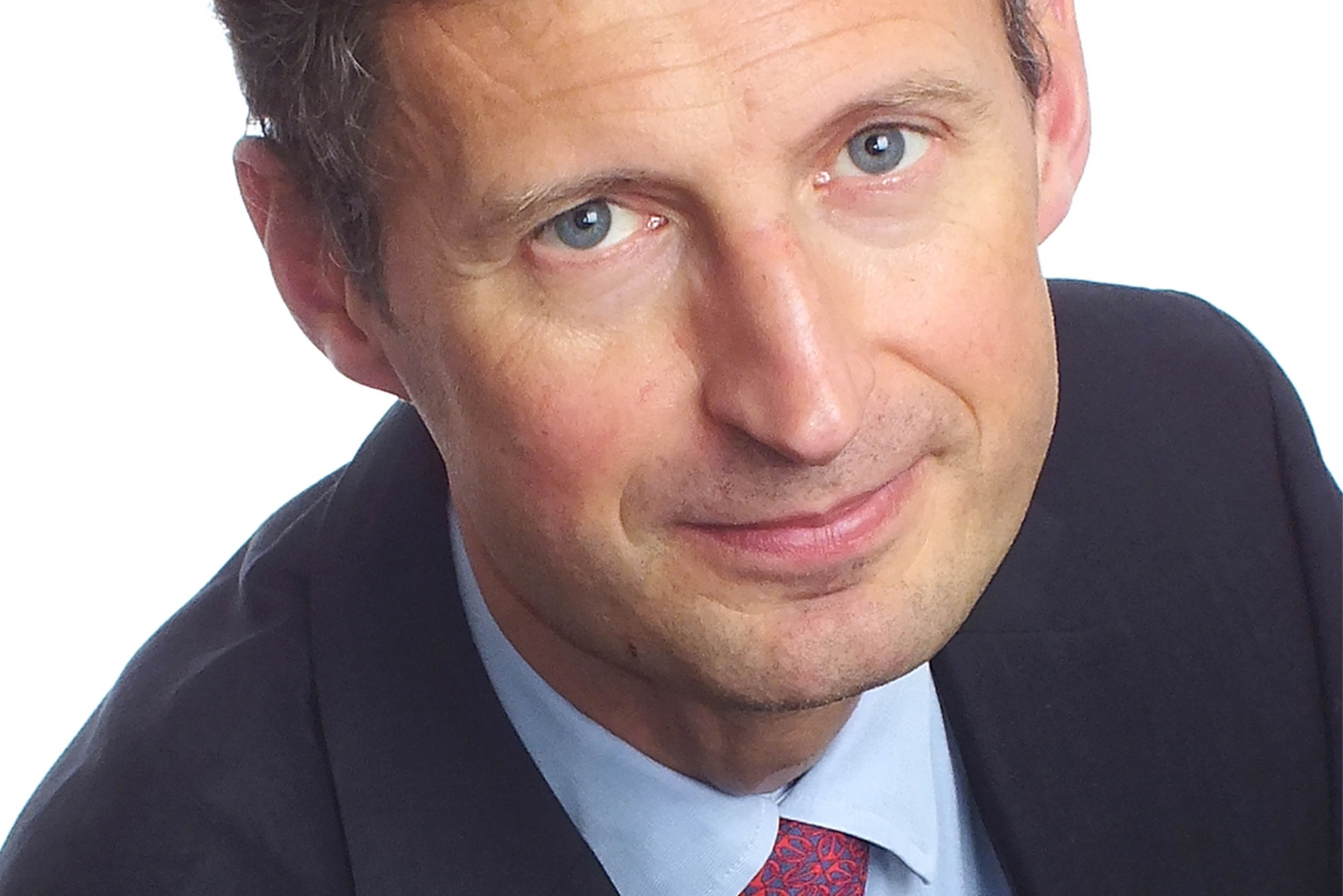 Luc POYER was appointed as a member of the Supervisory Board at the OGM of 25 November 2010, then as a member of the Board of Directors at the Board of Directors meeting of 21 May 2015. His appointment will expire at the annual general meeting held to approve the financial statements for the year ending 31 December 2020.
As a graduate of ESSEC business school, the Paris Institute of Political Studies and civil service school ENA, Mr. POYER has spent the majority of his career in the energy sector. Luc POYER started out in the Court of Audit (Cour des Comptes) where he led industrial firm audit missions between 1994 and 1998. He then joined Elf Aquitaine in the Refinery Division, before embarking on several missions in the Total group, including the post of Director General of Gas Andes in Chile (2001-2003) and head of the integrated GNL Qatargas II project (2004-2005).
From 2006 to 2008, he was Chief Operating Officer of Poweo and created the subsidiary Poweo Production, dedicated to electricity production from renewable energies and natural gas. From 2009 to 2019, he managed the activities of the E.ON group – now UNIPER – in France, an electricity producer and electricity and gas marketer. In 2020, he took over the activities of France Nouvelles Energies, a company specialized in reducing the carbon footprint of companies. 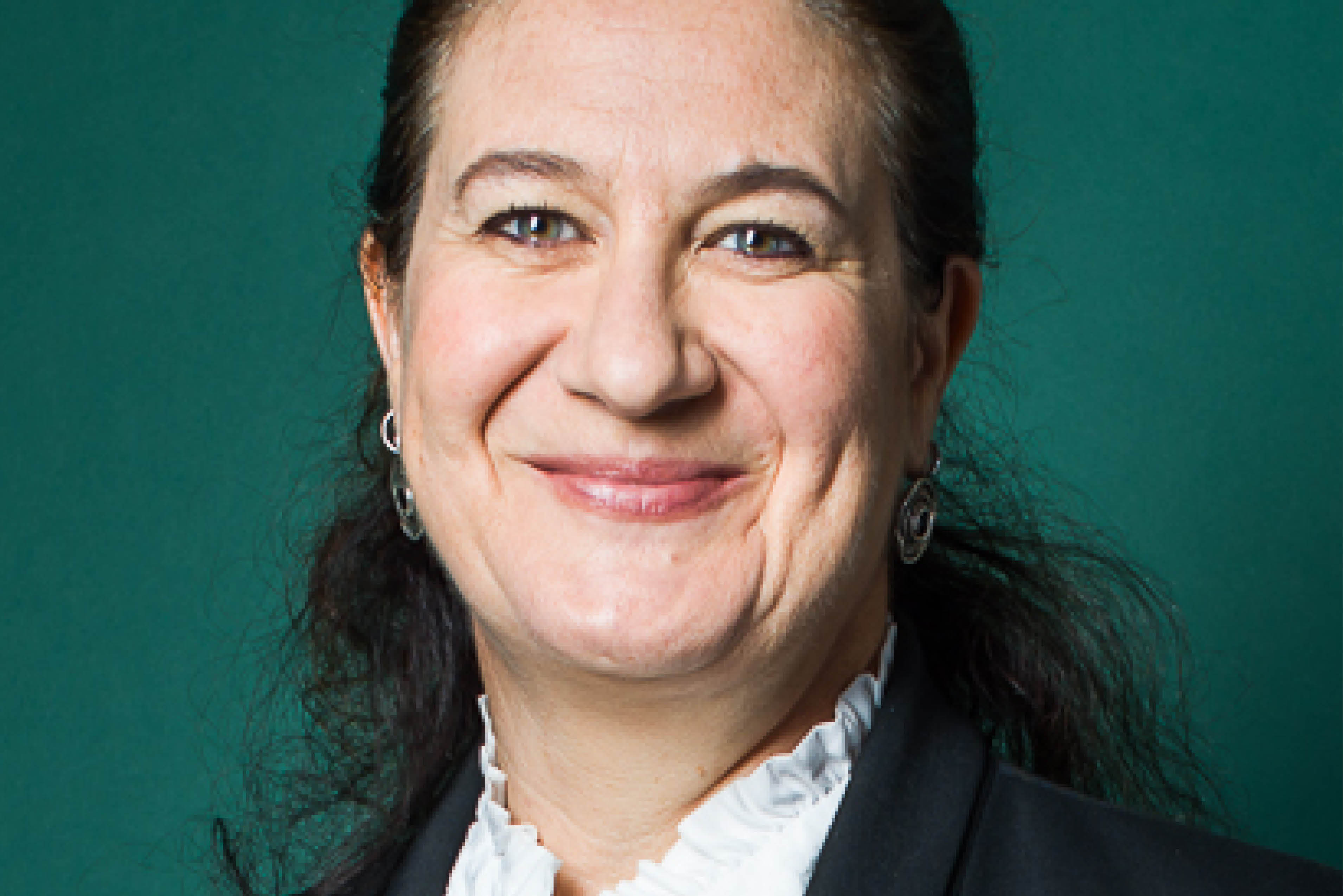 Mrs. Christelle ROUILLÉ was appointed as a director at the mixed shareholder general meeting of 26 June 2018. Her appointment will expire at the annual general meeting held to approve the financial statements for the year ending 31 December 2020.
As a graduate of the ESSEC business school in Angers and Vienna University of Economics and Business (Wirtschaftsuniversität), Christelle ROUILLÉ has worked in the EDF group for over 20 years. She started out in the International Division and joined the Sales division as a Key Account Manager.
In 2009, she joined EDF Energies Nouvelles, EDF group subsidiary responsible for renewable energies, where she first was Director of Partnerships then Director of Business Development Europe and Asia, for the Operation & Maintenance subsidiary of EDF Energies Nouvelles.
In September 2017, Mrs. ROUILLÉ joined the newly created “Nouveau Business” entity of the EDF group, responsible for developing the group’s future and new activities, to transform them into growth drivers. She currently holds the position of Director of Strategy and Business coordination.
In April 2019, the EDF Group created Hynamics, a new subsidiary intended to deliver efficient low carbon hydrogen solutions for industry and mobility, appointing Christelle ROUILLÉ as its CEO. 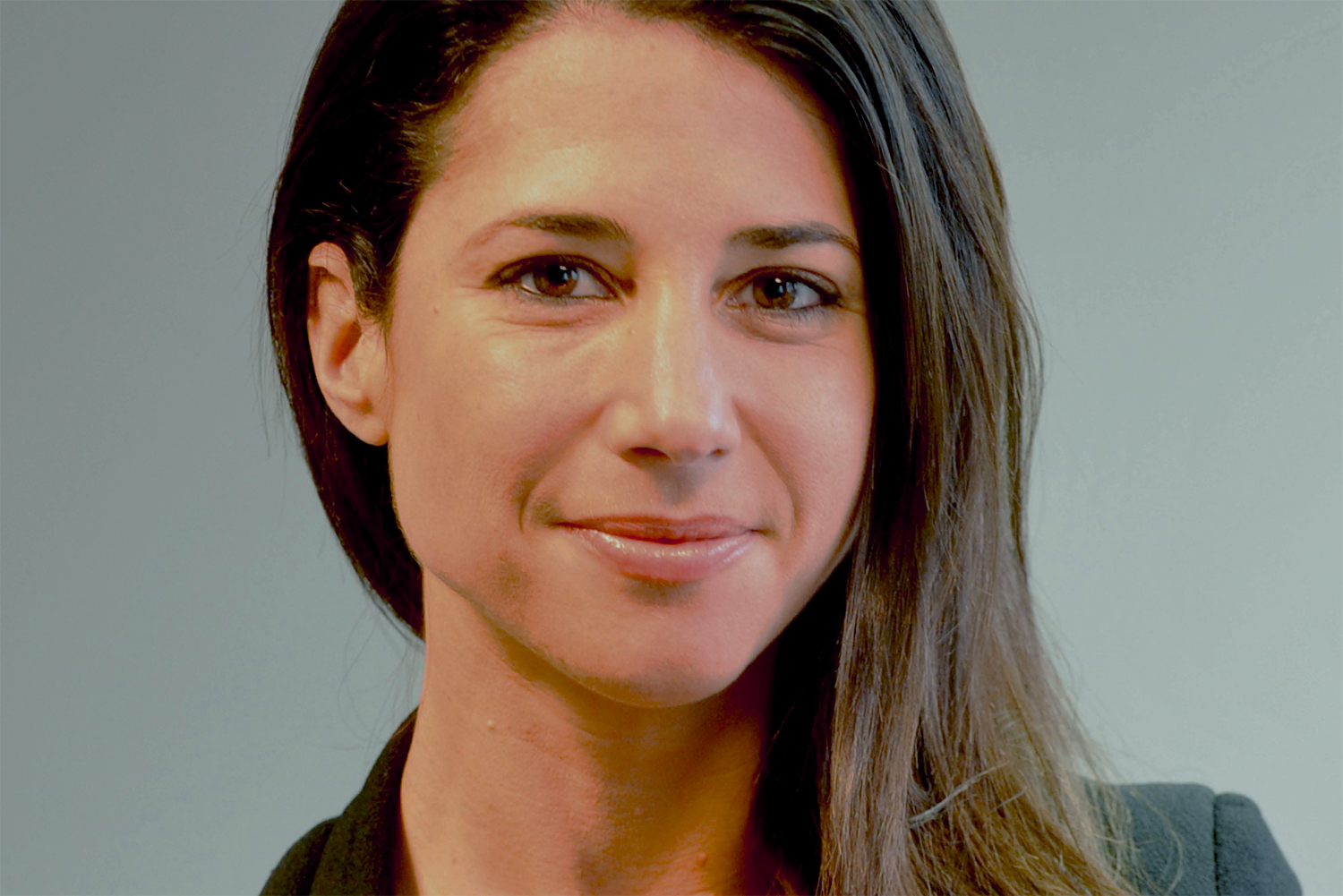 Director
Member of the Audit Committee

Mrs. Emmanuelle Salles was appointed as a director at the mixed shareholder general meeting of 26 June 2018. Her appointment will expire at the annual general meeting held to approve the financial statements for the year ending 31 December 2020.
A graduate of Paris Descartes university (Paris V), and the HEC business school (Master’s degree in law and international management), Emmanuelle SALLES has worked within the EDF Group legal department for almost 15 years.
She started out as a legal advisor in securities law in 2004 and took part in the EDF IPO.
In 2014, she was appointed as project manager to the Group Legal Counsel.
Since 2016 she has headed up the corporate and securities law department of the EDF group, where she oversaw the legal aspects of the Group’s capital issue.

Got questions on our financial news?

By sending us a contact request, you agree to be put in touch with McPhy and you accept the terms and conditions [Legal statement] governing the McPhy site as well as our policy for managing your personal data [Personal Data].

You can have access to your personal data at any time by contacting us at rgpd@mcphy.com (see details of the terms and conditions on the Personal Data page).